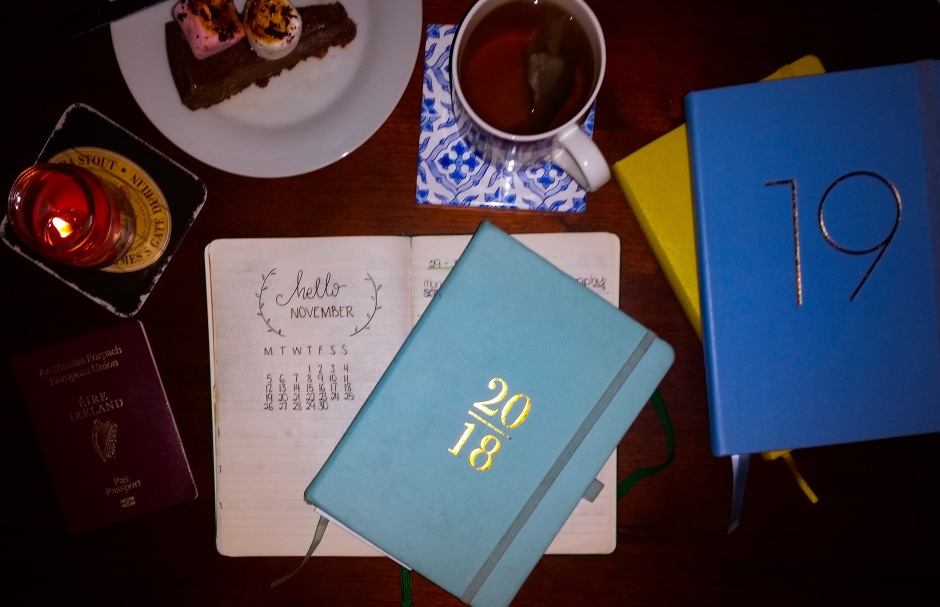 With long nights stretching into winter chill, you might imagine I’d have had more time on my hands to curl up with a book, but somehow no. I have been dipping in and out of several different reads, and excitedly, began my first chronological read of Nigel Slater’s The Christmas Chronicles which will see me through until Spring, but it’s all been rather slow, leisurely reading – which, considering the breakneck pace of life recently, is perhaps a blessing in disguise.

I lived in Northern Ireland for ten years, went to secondary school in a border town and I can remember writing about it, even then at the age of thirteen or fourteen, as a fishbowl place – somewhere small and entrapped, artificial somehow, and forever the scene of clashes between small fries vying to be the biggest fish in a small pond. Even in the early 2000s, you could feel the hangover from the troubles, something which I do believe has changed over the past decade I’ve been away.

But reading Anna Burns’ Booker Prize-winning Milkman brought it all back – the first time a childhood friend told me not say the word ‘bomb‘, even in the context of Tom Jones’ Sex Bomb, on the phone because it might be tapped. The time, on being dropped off in my local village after a basketball match, I had to put a jumper on in the height of the summer term because I was wearing a football jersey that wouldn’t be welcomed there. The teenage boys who graffitied the names of criminals on walls or robbed post offices and called themselves freedom fighters because ‘fuck the state’. These things still go on, the small tribal things which you don’t realise are completely ridiculous until you look back from a distance.

Reading Milkman brought back much of the dregs of a recent history almost entirely unknown outside of the little ‘statelet’ of Northern Ireland, but it also felt hugely timely considering how central the border has been to Brexit discussions over the past year.  Critics have called the book too complicated, unnecessarily so, too complex in its language, too confusing in its shadowplay of no names and twisting narratives but it’s real. It’s perhaps more real than anything else I’ve read about Northern Ireland, simply because it tells it’s own story in its own language, not just in dialogue – the things that are said out loud – but in the train of thought which, if anything, is more disjointed and haphazard than common speech.

So much about Milkman is brilliant – its portrayal of Northern Ireland, of small tribal communities, of a world yet to embrace the peace process or women’s rights. It is an oddly poignant time capsule that could serve some politicians of a reminder of how far we’ve come and just how much could be at stake.

My Own Story by Emmeline Pankhurst

I’ve been meaning to pick this book up for a while now and with the centenary of some women getting the vote imminent, there seemed no time like the present. I already knew a fair bit about Pankhurst’s story and the journey of the Suffragette movement thanks to history lessons in school, films and a genuine interest that had me reading whichever random essays and articles I came across online. But still, I was delighted to learn so much from this book.

Talking about it with a history teacher recently, I was reminded to question my source and decide upon their dependability, especially considering that on its publication in 1914, the Women’s Social and Political Union hadn’t yet achieved its core purpose. Their war with the government was still ongoing if a little overshadowed by the outbreak of the First World War. The book, I believe, was penned by Pankhurst specifically for an American audience, perhaps in a bid to rally more support and patronage for their movement in Britain, perhaps to inspire a similar revolt in the States, either way, I was very conscious throughout that Pankhurst had a very definite agenda with this book.

That aside it really was a fantastic read. Considering the 24 hour rolling news we’re accustomed to now, particularly in the thick of Brexit deal negotiations when every hour on BBC News finds another presenter enduring the cold outside Westminster dissecting every minute development, the politics in My Own Story was riveting! Rallies and public meetings, peaceful protests, disruptions, petitions and delegations – so much activity, real physical marching in the cold, in the face of police brutality – it certainly puts our twenty-first century clicktivism into perspective. And that’s before the militant action began.

The violence employed by Pankhurst and her comrades, though in the most part confined to violence against property, would be shocking now so it is no surprise that their actions met with such disgust then when women were not thought capable of such brutality, at least not ladies. The Suffrage movement exposes so many of the wrongs of the time – not just the inequality between the sexes but also between the wealthiest and poorest in society, not least in the varying treatment women of different classes received upon imprisonment.

And my god, the hunger strikes and forced feeding. Again, I knew something of this cruelty from museum exhibitions, history classes at school and films but none were quite so powerful as Pankhurst’s descriptions of the torture inflicted under the Cat and Mouse Act. It could not happen today – we hope – not least because of the Human Rights which these women helped to secure for generations to come, but particularly now, considering the most recent, fervent wave of feminism, it is unthinkable. That politicians, men generally, could genuinely consider women inferior, not just in education or social standing, but simply as beings. The politicians mentioned regularly in Pankhurst’s story, those who so actively prevented any progress in Parliament, I know their names, know the glories for which they have been remembered in history, yet this was all new. It was no surprise that Churchill, for example, was a chauvinist pig but still it’s odd that it does not sully his good reputation as it might in a modern day world which refuses to allow an MP forget or give up responsibility for something said or tweeted five years ago.

Anyway, read it. It will make you angry, make you proud, make you almost thankful for Brexit, which in the grand scheme of things is barely even an irritation.

Everything I Know About Love by Dolly Alderton

There are few things these days that can keep me up until 3am but my goodness Dolly Alderton can do it any time. I love her writing, I love her podcasts, Alderton is one of the journalists whose opinion and view on the world I actively seek out on any or all subjects. Again, this is a book I’ve been meaning to read for a while and with a train journey on the horizon I made a point of going to pick it up for the following day. Of course I made the mistake of starting it that night and simply couldn’t put it down.

I chortled. I cried. I folded down the corners of dozens of page to return to. And on turning the final page in the early hours of the morning I immediately messaged my friends telling them to go out and read it as soon as possible if not sooner. Alderton’s writing is magical – as close to Ephron as I’ve ever read. I wanted to hug her, to hug her friends, to hug my friends, to hug every woman I might come across between my bed and London Euston the following day.

So much of Alderton’s experience was familiar – different but so familiar – parties and friends and flirtations played out on online messaging services. I simply can’t do this book justice. Just go and read it. Immediately.

This site uses Akismet to reduce spam. Learn how your comment data is processed.